This Reversal Is Taught To Wrestlers In The First Month Of Training. Yet, There Are Black Belts That Have No Clue How It Can Be Used For Sweeps From the Guard, And Even Submissions

I Wasn't Always A Believer. In Fact, I Was A Victim Well Before I Learned How To Switch. 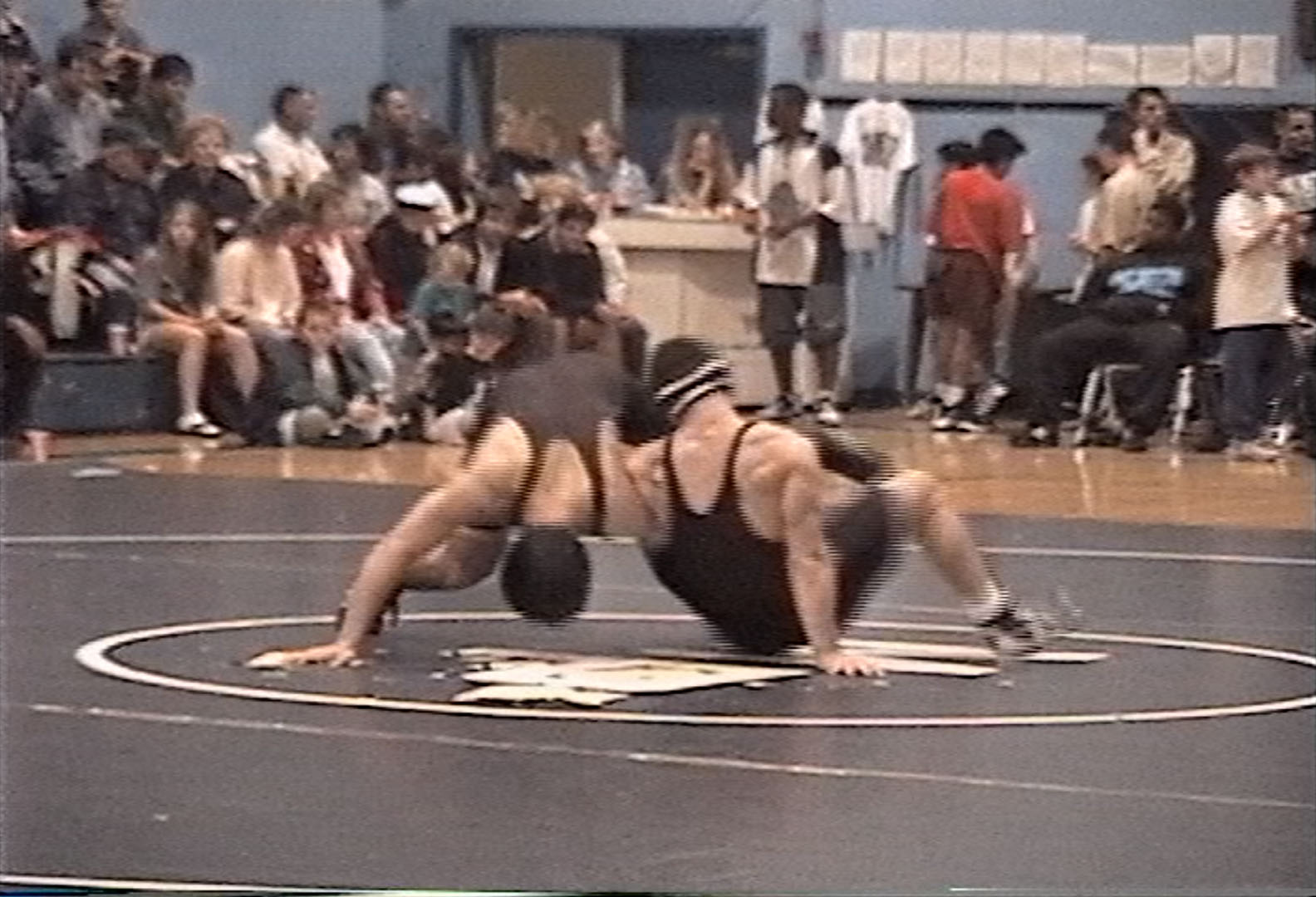 That is me on the left getting switched back in high school.

A couple of decades ago when I was a high school wrestler, I was no good at the wrestling technique that is called the Switch.

In fact, I had been a victim of it several times in my amateur wrestling career. My escapes arsenal was very basic, and pretty much consisted of only using inside stand ups. I only learned how to utilize the Switch after I finished my amateur wrestling training and starting learning Mixed Martial Arts.

But even then, I wasn't a big fan of the Switch, and I don't know why. Perhaps it was because the first time I popped one of my ribs was when trying to Switch my training partner (and I was doing it wrong).

So how did I go from not liking the Switch to making a course about becoming a Switcher?

A few things contributed, but the first one was watching a MMA Legend...BJ PENN.

In one of BJ Penn's fights, he beautifully defended take downs against his opponent off the fence. What others attributed to natural ability and flexibility, I saw a series of techniques that he repeatedly used over and over through out that fight. One of the techniques he used was the Switch.

I went to work to replicate that take down defense series, and it is now something that all my fighters learn how to do. That got me started in liking the Switch. Thanks BJ!

The thing that put me over the edge and made me a Switcher was something that seems entirely unrelated, but it is actually a long list sibling. 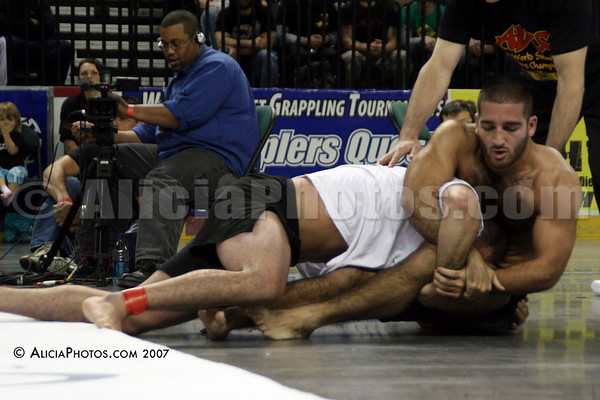 Going for a Kimura against BJJ Legend Alexandre "Xande" Ribeiro at the ADCC 2007 Worlds.

Yes - The Kimura and the Switch are related and go hand in hand together.

Whenever you are Switching, you can Kimura. If you are doing a Kimura and the opponent defends, you can Switch. If you look at the above picture, you can see there is an opening for a Switch here as well.

This relationship between the two sparked more ideas on how a wrestling Switch can be used in a MMA fight. The result was this course, the Switch Series. 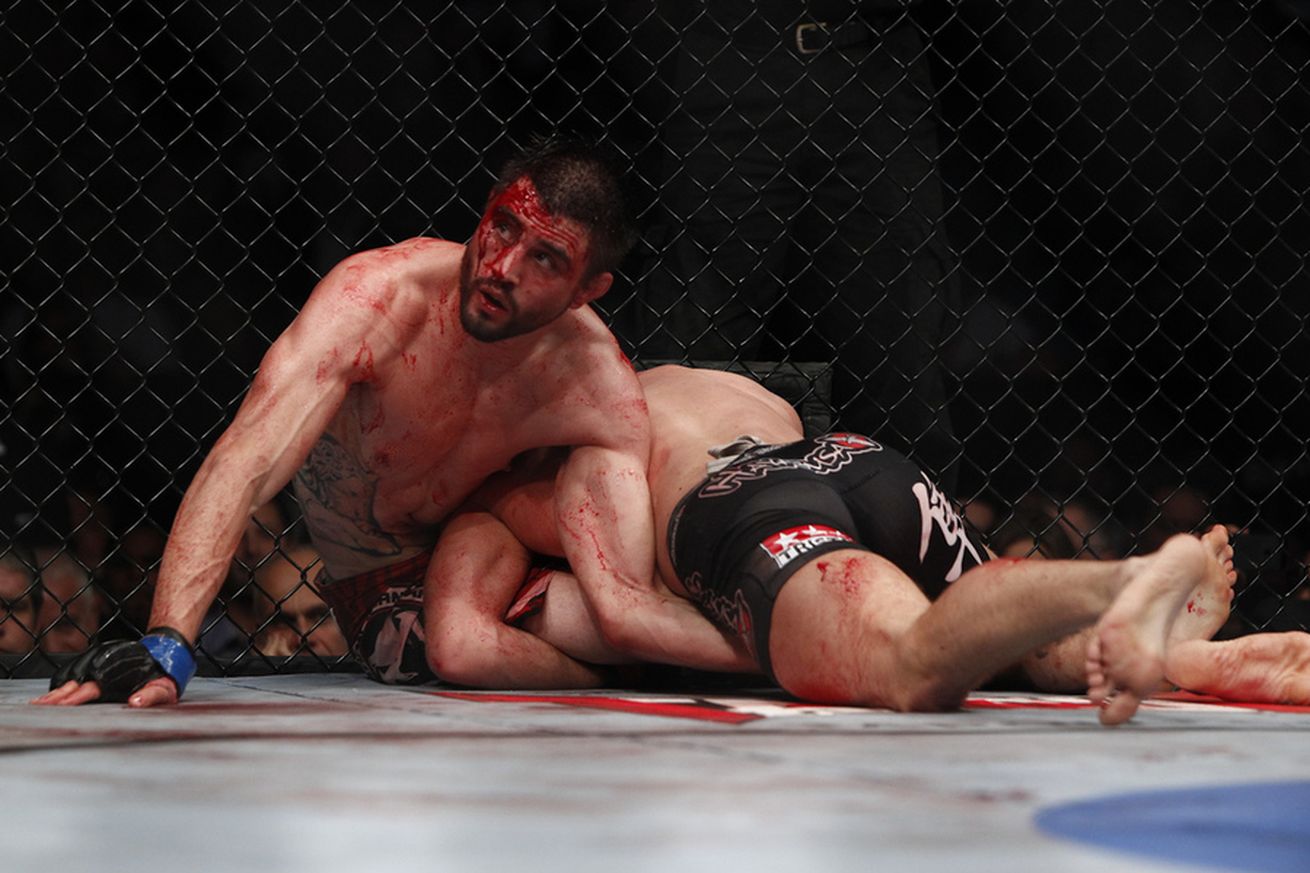 Why Learn the Switch Series?

You might look at the above picture and not understand what the big deal is (you will when you scroll down below for the video), but believe me the Switch is a BIG deal. As the name implies, it can "switch" you from bottom to top position in the blink of an eye. Some of the key benefits to it are:

As you can see, the Switch is applied from common positions in fighting that you get into in EVERY fight. So why not add a powerful reversal into your arsenal that the majority of your opponents have not even seen before? Even if they have, it is still going to work when you use it properly.

Does the Switch Work in MMA and BJJ?

I can sing tell the cows come home, but just look at the Carlos Condit hit a Standing Switch on arguably the greatest fighter of all time, and one of best MMA wrestlers, Georges St. Pierre.

If GSP can be hit with a Switch from a body lock, your rivals at the gym will be vulnerable too. 🙂 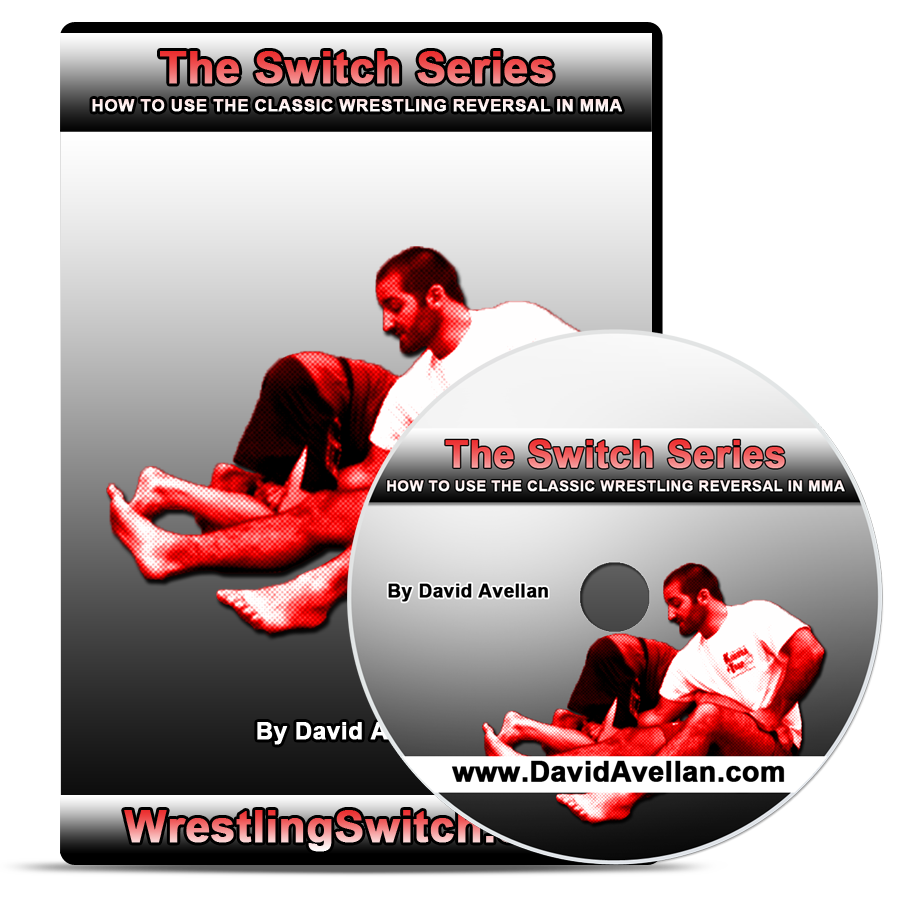 What Does The Switch Series Cover?

That is 14 techniques that are broken down into every little detail over the course of 56 minutes as of now. As usual, I include free updates to the series (at this time we have added 20 minutes since release).

I know the question most of you will have at this point: "How Much Does It Cost?"

You can get the Online Course (with Streaming Video that you can watch on any device, phone, tablet, or PC) for only $25: 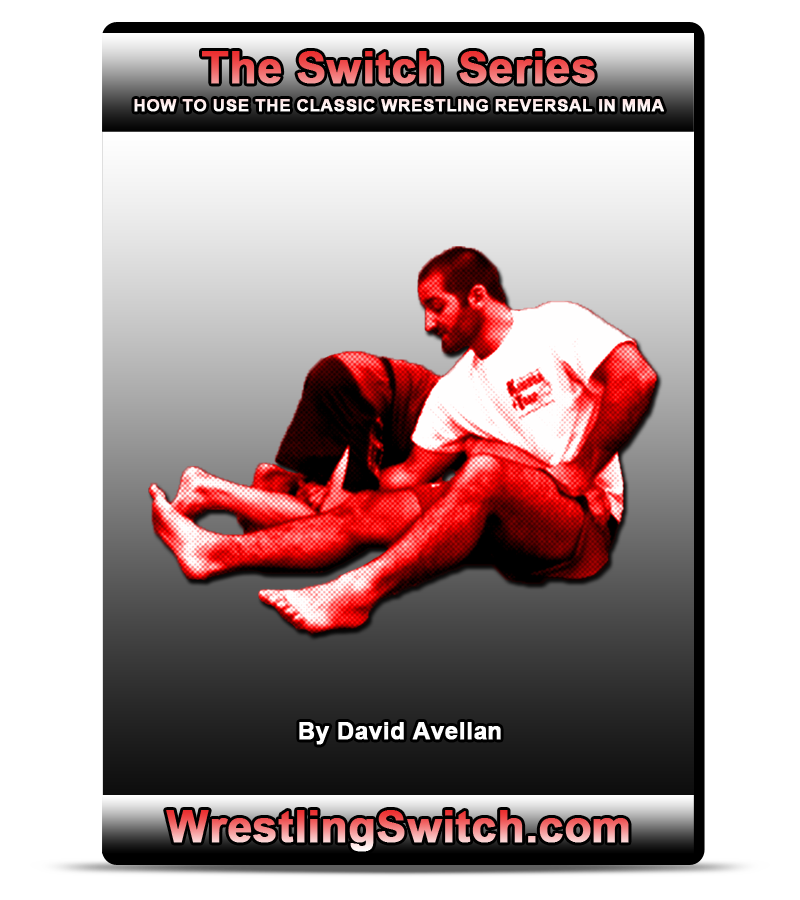 We have a DVD version available as well for $25 plus shipping and handling, which you can get by following the button above as well.

Why Should Do I Get It?

Much like everything I teach, it is very approachable for all ages, skill levels, and body types. So go ahead and pick this up today and Switch things up on your opponents. 🙂 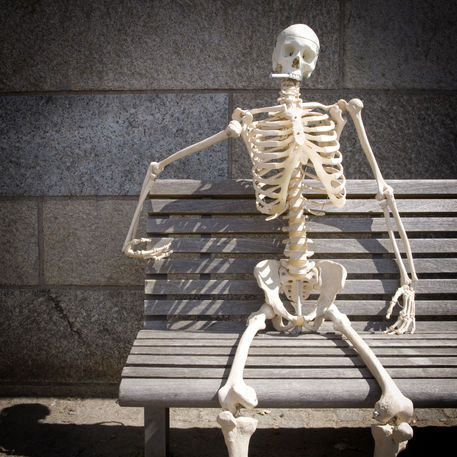 I understand. If you haven't ordered from me before, there is always a leap of faith one has to take when investing in something. Especially when you do it online.

So I try to make this as easy as possible for you with my Money Back Guarantee.

Get the Switch Series and receive all the bonuses. You can watch the DVD, use the mind map and take it with you to the gym. If within 30 Days you are not satisfied with the Switch Series, then you can return it back to me by simply:

In the 6 years since I started selling DVD's and Online Courses, I can count the number of refunds I have given out on one hand. Only 5, and I have had thousands of orders made through me.

I'm extremely proud of that fact, and I take great care to ensure everyone that orders through me is 100% satisfied with their order. Whether you want to email me, Facebook Message me, call me, or even do a Skype session to address a problem with your order I will be more than happy to.

If you have read down this far, that means to me you are interested. So go ahead and indulge your curiousity and order now. After all, it is only $25 and if you don't like it, you can get a refund. So really, you have nothing to lose. Go ahead and order now!